Two good articles were published today. The first, from ZD Net, is titled, Enterprise tech vendors: Sizing up the next gen field.  The article talks about the upcoming reshuffling of the enterprise stack. While tech buyers named VMware, Cisco and Microsoft as the three most important vendors over the next three years, EMC was ranked second to last. 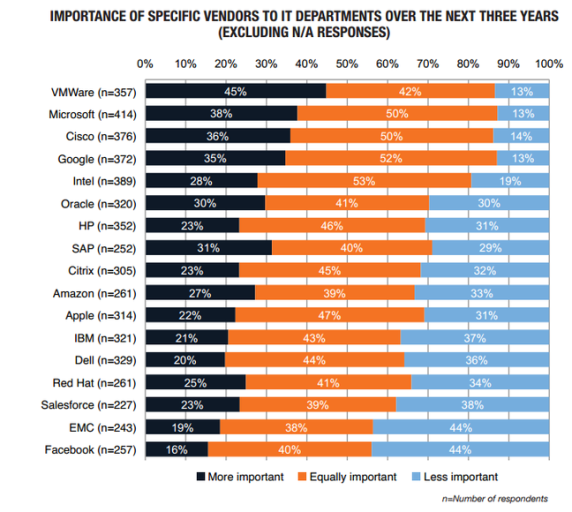 Nutanix got a mention, along with “Pure Storage and/or Tintri” as one of the “key vendors that are likely to get some play as the next-gen tech pecking order forms in the next two to three years.”

The second article worth reading is Top technological trends hitting the datacenter soon in SearchDataCenter.  Slide #3 is titled, “Web-scale IT evolves data centers”.  While the slide disappointingly doesn’t discuss web-scale converged infrastructure, it does highlight the importance of adopting cloud-like technologies to the datacenter.

Microsoft has MVP, Citrix – CTP, Cisco – Cisco Champions, VMware – vExpert, EMC – Elect, and so on. Nutanix has just launched its Nutanix Technical Champion (NTC) program and applications are being accepted until November 15.

I was a Microsoft MVP for four years and have been a VMware vExpert since the beginning – for the past six years. I find these types of programs to be incredibly valuable. Benefits typically include things such as access to pre-release product information, special events, direct access to manufacturer top executives, speaking engagements and other publicity, etc.

Most importantly, these programs offer an opportunity to get to meet and interact with like-minded peers. The exchange of information that tends to take place can be very beneficial both for one’s company and for her/his own career path.

Nutanix is the fastest-growing infrastructure company of the past decade, and its web-scale technology is disrupting the datacenter status-quo in a manner comparable to what VMware did with virtualization ten years ago. Channel partner technical folks have a great opportunity to get in on the ground floor of the NTC, and to help revolutionize the way that datcenters are built and operate. 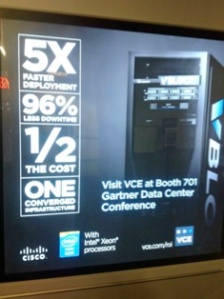 “It is not the strongest of the species that survives, nor the most intelligent that survives. It is the one that is most adaptable to change.”
-Charles Darwin

I’ve headed up channel sales for the Americas at Nutanix for 19 months now, but previously worked on the partner side of the IT infrastructure channel for 25 years. During that time, I saw a lot of disruptive technologies such as Ethernet, VoIP, the Internet, etc. But from a datacenter standpoint, nothing came close to the impact of virtualization.

VMware’s introduction of vMotion 11 years ago turned out to be an incredible boon to the IT channel. Solutions providers grew in both number and size as they helped organizations across the globe to virtualize their data centers through the acquisition of high-end hosting servers, SANs and switch fabrics.

Many VARs, especially the larger ones, were reluctant to fully embrace VMware’s revolutionary technology. But they were fortunate in that virtualization spread surprisingly slowly; they generally had time to adapt. The VMware consultancy I ran, for example, was purchased after only three years in business by a much larger publicly-traded Cisco partner desperate to quickly acquire virtualization expertise.

Today’s disruptive climate is dramatically different. Rather than enjoying an exploding increase in purchases of traditional datacenter hardware, solutions providers are going to see the opposite take place. And the timeframe is going to be very fast.

According to IDC, the total server and storage market is now over $70B annually. An incredible $56B of this business is done by only seven vendors (eight once Lenovo’s purchase of IBM’s server business is reflected): EMC, HP, IBM, Dell, NetApp, Oracle and Cisco. Most of this revenue flows through channel partners.  As the status quo business decreases, resellers are going to have to react very quickly to compensate.

All solutions providers say that they have their customers’ best interests at heart. But infrastructure VARs are typically dependent upon a few, or less, of the handful of leading datacenter manufacturers for most of their business.

The VARs make significant investments in trainings for both salespeople and technical folks. They work to obtain both individual and organizational certifications. They attend manufacturer conferences, engage in manufacturer led demand-generation events, and develop close relationships with their manufacturer partners. In return, the resellers receive Marketing Development Funds, access to sales and engineering resources and, most importantly, opportunities.

This channel structure has worked quite well since the early days of IBM-initiated solutions integrators, and many reseller organizations are now doing hundreds of millions or even billions of dollars in annual revenues. But the channel structure can often make it challenging to put customer advocacy ahead of manufacturer loyalty.

When a manufacturer, for example, introduces a partner into a new account, that partner has to push the manufacturer’s products regardless of whether or not the technology is the best fit. Introducing a competitive product would spell the death knell for receiving future opportunities.

Partners of the leading datacenter incumbents need to be careful even in their existing accounts of mentioning one of the newer disruptive technologies as an option. The partner will typically position it, if at all, only in situations where the incumbent either lacks a competitive product or is not likely to notice. The alternative is to risk the potential wrath of the datacenter giant.

So while a channel partner will privately often concede that, say, web-scale infrastructure makes a lot more sense for a virtualized datacenter than a Vblock, it can’t even bring up this option to the customer for fear of jeopardizing its large Cisco and EMC revenue streams. The manufacturer  relationships supersede the customer’s best interest.

Ray Noorda of Novell used to tell his partners, “In mystery, there’s margin”.  Today’s corollary might be, “In boldness, there’s opportunity”. The handful of infrastructure giants are selling virtualized organizations tens of billions of dollars worth of equipment that was designed and optimized for a physical datacenter.

Enterprising channel partners have an extraordinary opportunity to educate clients and prospects about the advantages of web-scale converged infrastructure. Not only is the revenue and profit potential vast, but they can also differentiate themselves from the pack as innovative, forward-thinking, and as leaders in integrating cloud technologies.