That was the one word email I received from Nutanix’s Sr. VP of Sales (and my boss), Sudheesh Nair, in response to the Q4 2013 Piper Jaffray Storage VAR Survey. The surveyed partners ranked Nutanix second to last in terms of sales performance relevant to plan.

Needless to say, I was frustrated. The channel perception of Nutanix was out of synch with Nutanix’s record-setting sales in 2013 as the fastest-growing infrastructure company of at least the past ten years.

But understanding and successfully positioning Nutanix has been a learning process for the channel. When Nutanix CEO, Dheeraj Pandey, first approached Lightspeed Venture Partners almost five years ago, he made it clear that his new company would disrupt the storage industry – including the venture capitalists’ existing investments. Unlike most entrants into the suddenly popular hyper-converged space, this revolutionary vision is integral to everything we do at Nutanix.

Partners can’t simply pitch a “faster, cheaper, better” storage array as they can with the other early stage companies in the survey. Partners need to be able to articulate and evangelize to their clients how Web-scale is a sea change that is fundamentally altering the infrastructure of the modern, virtualized datacenter.

The Difference a Year Makes

2014 continued the trajectory of rocketing sales and, gratifyingly, a much broader spectrum of channel partners caught the Web-scale fever as well. From small partners building their businesses around Nutanix to multi-billion dollar channel organizations moving Fortune 500 clients over to Web-scale, Nutanix is changing the channel landscape. 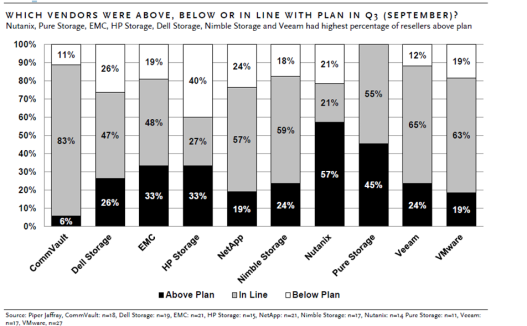 The Stern Agee Channel Survey similarly shows a huge improvement in channel recognition of Nutanix. Channel partners listed Nutanix as the second leading key company disrupting the established storage sector – right behind Pure Storage (but quickly catching up). Nutanix is ranked ahead of Nimble (and rapidly increasing the spread), and is ranked far ahead of Tintri, Violin Memory, Nimbus Data, Nexenta, Solidfire and everyone else. 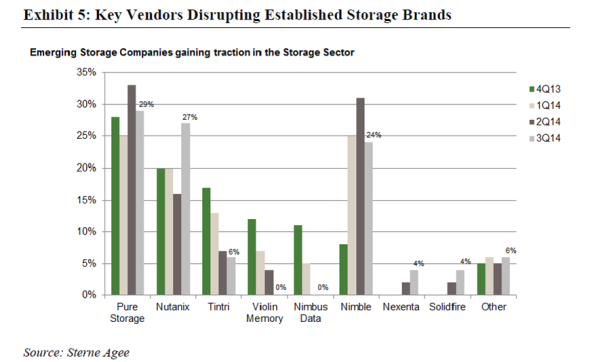 I want to thank all of our partners for your continued faith and trust. The good news is that Nutanix is really just getting started. New capabilities such as one-click hypervisor upgrades, metro availability, connectivity to AWS and Microsoft Azure, among many others, mean extraordinary continued opportunity in the year ahead.