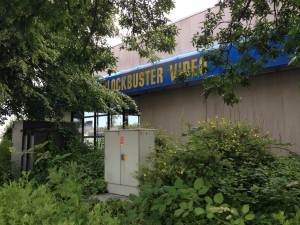 Millennials today probably chuckle at how taxi drivers once drove around randomly and aimlessly looking for fares while would-be passengers stood on street corners trying to hail a cab.

With the exception of two-way radio and computer-assisted dispatching innovations, the taxi business was stagnant for 100 years. Uber applied new technologies to vastly improve the customer experience and in the process, turned the industry upside down. Other companies such as NetFlix, Apple and Amazon similarly used new technology to shake up the video store, record company, newspaper, and book store businesses, among many others.

Young people starting work in IT are often flabbergasted by the processes and complexity. They’re used to being able to instantly download a new app to their iPhone with a few swipes. Now they have to wait weeks, if not months, for server, storage and networking components to be ordered and configured before they can stand up their applications.

The datacenter has long been primed for an Uber-like disruption. Here are the ten ways in which Nutanix is making it happen by transforming the IT customer experience:

Imagine going back in time 25 years and trying to explain to a taxi patron (probably standing in the rain trying to fruitlessly hail a cab), that combining future Web, GPS and Smart Phone technologies would alleviate her transportation struggles. Skepticism would be the likely outcome.

But Uber streamlined the taxi “transportation stack” from driver to dispatcher to consumer. This disintermediation replaced complexity and anxiety with simplicity and certainty. As would be expected, traditional taxi sales and medallion prices have plummeted. 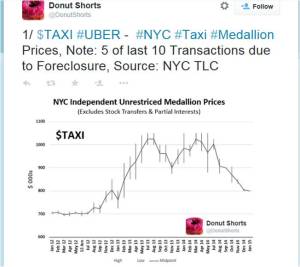 This simplicity extends to all areas of the virtualized environment including seamless business continuity, GUI-driven disaster recovery schema, test and development, private clouds, backup, branch office management and more. Nutanix even enables one-click non-disruptive upgrades not only of the Nutanix OS, but of the underlying hypervisors and disk firmware.

There was a time when a storage manufacturer could build an empire on a single feature such as deduplication, but today’s fiercely competitive environment penalizes the lack of innovation. Seeking Alpha recently observed, “These aren’t great times for legacy storage companies.” The storage leaders are seeing declining sales, and based upon the shrinking gross margins of EMC and NetApp, even lower prices aren’t helping.

Nutanix jolted the status quo over three years ago with the first storage and compute platform built specifically for hosting a virtualized datacenter. The exceptional popularity of its hyperconverged approach quickly reverberated throughout the industry. Today every leading storage manufacturer, a whole slew of start-ups, and even VMware, Citrix and Microsoft have either introduced or announced a hyperconverged solution.

But Nutanix continues to innovate at a furious pace. Its engineering department doesn’t have a lot of ex-storage folks. Instead, engineers with backgrounds from Web-scale companies such as Google, Facebook and Twitter build massively scalable, very simple and low-cost infrastructure. It’s a completely different mindset, and it leads to rapid development in response to customer and partner requests.

While some innovations, such as the industry’s first hyperconverged all-flash node, utilize commodity hardware form factors, most are delivered strictly via software (Tesla-style). Recent examples include Metro Availability (for active/active datacenters), MapReduce Deduplication, Cloud Connect, shadow volumes, Plugin for Citrix XenDesktop, among many others. 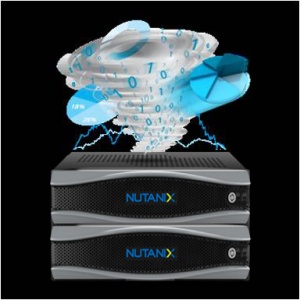 Chris Matys of Georgian Partners wrote, “Uber’s use of data science is perhaps the most disruptive – and therefore awe-inspiring – aspect of what it does.”  Matys describes how Uber uses applied analytics to, “drive efficiency and create positive user experiences.”

Many customers and partners say that Nutanix’s management interface is the most intuitive in the industry. Prism Central dashboards display aggregated data around multi cluster hardware, VM and health statistics into a single management window. 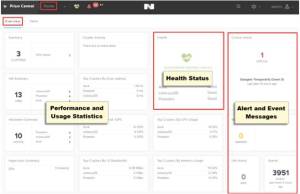 In most major cities, a limited number of taxi medallions make hailing a taxi ride a hit and miss proposition – especially when a local convention or pouring rain increases demand. The same is true of 3-tier infrastructure. Faster growth than anticipated, new applications or use cases, purchase of another company, etc. all can, and all too frequently do, overwhelm a SAN and its dedicated network, causing both inconsistent and degraded performance.

When SAN customers fill up an array or reach the limit on controller performance, they must upgrade to a larger model to facilitate additional expansion. Besides the cost of the new SAN, the upgrade itself is no easy feat. Wikibon estimates that the migration cost to a new array is 54% of the original array cost.

The Nutanix controller VM lives on every node and distributes all data, metadata and operations across the entire cluster, eliminating performance bottlenecks. Adding linear scalability results in performance predictability and budgeting preciseness.

Uncertainty about taxi availability or a functioning credit card machine makes taxicabs a less reliable mode of transportation than Uber or Lyft. Uber provides both visibility and predictability while finding the best vehicle fit for a transportation request and directing it to the customer.

SANs are more like taxis than ride-sharing services. Most use RAID technology which was invented in 1987 and is archaic by today’s standards. Loss of a storage controller can cut available performance in half. Losing two drives in a RAID 5 configuration, user errors, power failures and many other issues can cause unplanned downtime.

Nutanix keeps multiple copies of data and metadata both local to the VM running the active workload as well as throughout the cluster. In the event of failure, MapReduce technology is leveraged to deliver non-disruptive and quick rebuilds.

The Nutanix Distributed File System is designed for hardware failure and is self-healing. Always-on operation includes detection of silent data corruption and repair of errors around data consistency, automatic data integrity checks during reads, and automatic isolation and recovery during drive failures.

Uber patrons love the way it makes payments invisible. They no longer have to contend with slow or broken credit card machines or calculating the tip at the end of the ride. 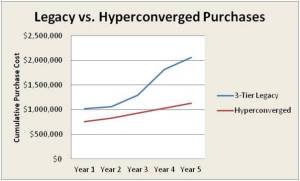 Uber is generally, albeit not always, less expensive than taxis. But when taking account of the vastly improved user experience and other benefits, many riders still gladly pay a higher price.

Nutanix similarly may not always be less expensive than 3-tier infrastructure in terms of up-front acquisition cost. But even in these cases, factoring in other important variables should easily beat three-tier competition. These variables include (but are not limited to) rack space, power, cooling, switching fabric, planned and unplanned downtime, administrative cost and the effects of Moore’s Law.

While certainly not immune from controversy, Uber tends to have an egalitarian feel. All passengers enjoy the same type of limo-like service previously reserved for the rich.

The storage manufacturers have long been able to get away with complex solutions, high maintenance costs and mandatory forklift refreshes because of the proprietary nature of their products. In response to demands from virtualized customers for an infrastructure solution that is faster to deploy and troubleshoot, they came up with so-called “converged infrastructure.”

Nutanix, on the other hand, takes the Web-scale approach of moving all of the intelligence out of the hardware and into software, eliminating redundant equipment and management tiers. A low entry cost and simple administration without requiring storage and networking specialists enables world-class infrastructure for the world’s largest enterprises as well as for SMBs.

The typical taxi experience is rarely associated with passion. Uber users, on the other hand, tend to be quite vocal about their enthusiasm for the service.

Nutanix has a singular focus on revolutionizing the virtualized datacenter. Contrast this passion with the legacy players’ challenge of selling archaic array technologies side-by-side with their hyperconverged offerings.

Nutanix customers tend to be huge fans of both the technology and of the organization. This is reflected in Nutanix’s astounding Net Promoter Score of 90 and in winning the prestigious Omega NorthFace Award for exceptional customer satisfaction and loyalty for the last two years in a row.

Taxi riders generally have an idea about the cost of the trip, but traffic jams, toll fees and other unexpected charges can significantly increase the total expense. Uber enables riders to know exactly what their ultimate cost, including tips, will be. In response to widespread customer complaints, Uber even made its surge-pricing transparent.

Lack of transparency is a sore point in the IT infrastructure industry. And the complexity of three-tier infrastructure, particularly storage arrays, promotes functional isolation and lack of visibility. 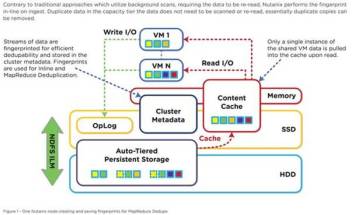 Architecture built utilizing Nutanix Web-scale infrastructure is simple to deploy, administer and scale. And Nutanix is transparent about how our technology works. No secrets, no politics, no misleading claims. The schematic above is an example of the type of product functionality detailed on www.nutanixbible.com.

Whether Uber or taxi, the goal is to arrive at a destination for some sort of purpose; perhaps a job interview or meeting a spouse for dinner. The ride that takes you there is really immaterial. It should be pleasant but seamless and predictable.

Datacenter infrastructure exists only to support enterprise applications and the business objectives they facilitate. Nutanix’s ACT I, hyperconvergence, set the stage for making infrastructure invisible.

At the Nutanix.NEXT user conference next week in Miami, we’ll be unveiling our ACT II. We’ll show how we’re transforming the datacenter to put the emphasis on applications rather than on infrastructure.

This is the Financial Proof that Uber is Destroying Taxi Companies. Jim Edwards. 02/27/2015. Business Insider.